This documentary was created by Cosima Dannoritzer with the intention of seeing reality according to systems. This video was published on November 4 2015 and these facts stand out more in developed countries. In the documentary we can find that our life is programmed obsolescence because every product has its expiration date, itself, program it so all electronics companies with the intention of buying and buying. Although in some cases, for example when you want to get a product sooner you pay more, that is, to higher demand higher price. The consequence of all is that the gain for companies in this way is something harmful to underdeveloped countries because they are used as dumping grounds.
In one part of the documentary we can see how the economy of the time was favorable for all until it fell into crisis and had to lower the quality of many products in order to get benefit more because it was not profitable
This video was awesome because I can see how the companies are capable of control our lives and determine when and what we should not buy and throw as when for example we finish paying for a product breaks down or doesn´t work as well as initially or that kind of thing is done on purpose in order to have more but all that takes its result itself I found it interesting.
The documentary deals with the capitalist phenomenon of planned obsolescence that appears in the 20s, where is formed first poster bulbs. A producers from this case, the shooting gives examples of other cases of obsolescence framed in which it is a partnership of unlimited growth, in which the main tools of this industrial engine is the marketing and technical design to shorten the life of products .This strategy to maximize economic benefit, creating a society that is aware of the same environmental unsustainability, besides making poor countries dumps compromising the health of human beings, finally it is disclosed to people and organizations that explains the phenomenon and fight for a healthier society and world.
TITLE: BUY BUY STRIP DIRECTOR: COSIMA Dannoritzer COUNTRY: Spanish-French 4 elements: CARTEL SOCIETY OF UNLIMITED GROWTH VALUATION OF ACTUAL COST PRODUCTION EXTERNALITIES What you felt …? I felt that the planet is sick and society as well. 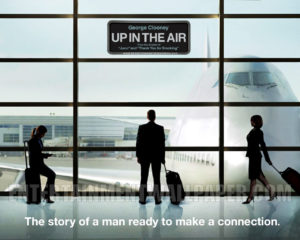 • Film director: Jason Reitman.
• Country: United States.
• Year: 2009.
• Synopsis: There’s a financial crisis in United States which carries to labor instability and to the feel of loneliness of a man who seems to be happy with the life he lives.
Through occurrences that happen, he starts to meditate about the real meaning of ‘true home’.
• You must relate the video to at least four concepts of the matter:
1. Unemployment.
2. Moral ethics.
3. Family reconciliation.
4. Business.
5. Crisis.
• What have you felt when you ‘ve seen the film? Or What has the film suggested you?: This film suggested me that we need to be empathetic with others and learn to value work and family alike.

Plot: Ryan Bingham flies around the country friring people. He´s good at his job and he travels very much. He wants to get to 10 million miles because he´s also accumulator of frequent flyer miles.
He meets Natalie Keener who thinks that too much travel is unnecesary and the firings can be done through other way. The boss of Ryan loves the idea and he wants Ryan to take Natalie on the road with him to learn to do it.
After the sessions go wrong, Ryan also learns that some of the choices he´s made have not always been the correct ones. Natalie too.
You must relate the video to at least four concepts of the matter:
Ryan Bingham firing people and they are unemployed.
The Ryan work ethic is questioned by Natalie.
The film show the difficulties of reconciling work with family.
What have you felt when you ‘ve seen the film? Or What has the film suggested you?
It´s very exciting and emotive the end. It is a life lesson because it shows the real life and how complicated is to survive in a thousand way.

Title: Butan and the Index of Gross National Happiness
Film Director: Unknown ; Country: Spain ; Year: 2 May of 2011
Plot: Bhutan is a kingdom that tries to make its people happy. For them ,the most important thing is happiness.
They have 4 pillars:
Good management of public affairs; Balanced economic development; Environmental conservation; Preservation and promotion of culture of the country
The documentary tells how the small country of Butan faces the changes of globlal economy and modernization and how unlike other countries seek a different life than material happiness.
Valuing the index of gross national happines above the GDP as well the preservation of culture, conserving the environment, making good management of public affairs and a balanced economic development.
Also it tells how Eastern modernization is changing the lives of the inhabitants of Butan through advertising, television, internet decreasing the quality of gross national happiness
You must relate the video to at least four concepts of the matter
economic growth , wealth, income , equity, Rent per capita, Gross domestic product, economic growth, equity
What have you felt when you ‘ve seen the film? Or What has the film suggested you?
This film made me think about globalization,about how we want what they sell advertising and we are not happy without it.Buddhism believes that desire is suffering and advertising creates desire.
How they also sell success and violence and that affects the country. Globalization makes us lose our identity and culture.
Happiness and admiration to see how a country wants to maintain a lifestyle that is being lost, in which a product is more important than the people around us or our own welfare just to get the last smarthphone, car, etc..
I think our government should also worry about increasing the index of gross national happiness of our country.