Hello readers! We continue with the publication of short but powerful excerpts from some of the most famous poems in the history of the English Language. Today we have a classic! It can be an obvious or cliché choice for many but, we can’t help it, we love this poem! The rhythm in the sentences, the anaphoras and the alliterations increasing the power of the sentiments line after line… everything builds a mesmerizing tone that’s got us absolutely smitten!

O Captain! My Captain! our fearful trip is done;

The ship has weather’d every rack, the prize we sought is won;

The port is near, the bells I hear, the people all exulting,

While follow eyes the steady keel, the vessel grim and daring:

O the bleeding drops of red,

Where on the deck my Captain lies,

And if you want to get goose bumps, listent to the whole poem:

Or watch this video to understand why Oh Captain! My Captain! was and is so important for American history. And, of course, we can’t fail to mention the scene from Dead Poets Society that popularized the poem. 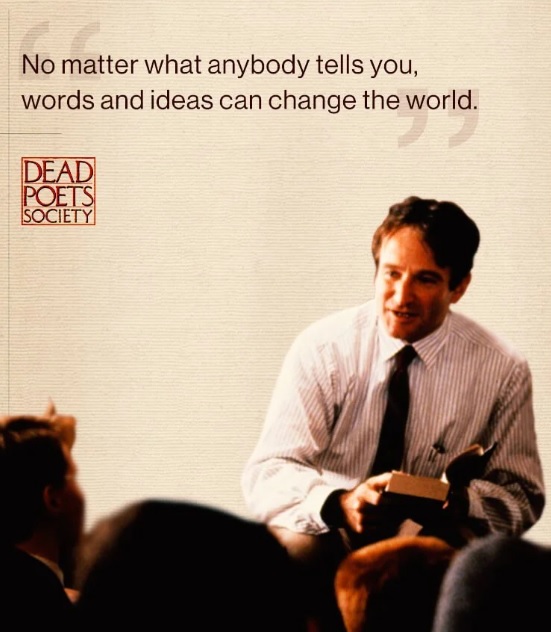 Walt Whitman composed the poem «O Captain! My Captain!» after Abraham Lincoln’s assassination in 1865. The poem is classified as an elegy or mourning poem, and was written to honor Abraham Lincoln, the 16th president of the United States. Walt Whitman was born in 1819 and died in 1892, and the American Civil War was the central event of his life. He was initially indifferent to Lincoln, but as the war pressed on, Whitman came to love the president, though the two men never met.