We arrived to the end of the creative teaching english language course at Lake School: after two weeks exchanging ideas with colleagues from all Europe, finally we have to say goodbye to apply what we have learnt in our countries.

During the last class we continued learning more about UK education system, which has big similarities with the Spanish one, but also a lot of differences, such as the time schedule, student’s promotion system, academic organization and so on. Maybe the biggest difference is the GCSE (General certificate of secondary education), quite similar to our «Graduado Escolar», but only achieved once they pass several final national exams.  Then the students could choose to go for the «A» level exam, which allows them to enter in the university. Whenever they choose, the academic, professional or specific path, the have to keep their studies up to 18 years old, a brand new policy recently adopted. We also saw the average situation of the universities in the UK, particularly in Oxford, perhaps the most famous university in the world. 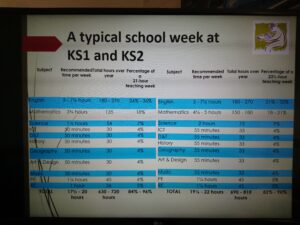 After that, we had the last lesson regarding the use of audios, like songs and audio records, and some challenging games that could motivate our students to get used and really try to understand the natural use of the English language. We learn different game examples, like make them stand up each time they hear an specific word, or trying to put in order different pictures regarding the song, amongst others.

Finally, the Lake School invited us to one final visit around one of the famous meadows that surrounds the city, Christchurch Meadow. These «Meadows» are in fact large portions of floodplains around Thames river,  so when the river floods, all that area become a huge swamp. Rob, our official guide, explained us the importance of Oxford in the middle age, as the only way to cross the river trought its ford, just in the border between the ancient kingdoms of Mercia and Wessex. That was probably the origin of the city’s name, Ox (some say it was a celtic Briton tribe, some others say it was a safe crossing for cattle), and ford (shallow lands on a river that allows crossing). During the tour we could appreciate the place where the famous rowing race take place each year, where the different colleges of Oxford compete to be the «head of river», a huge honor that every college wants to achieve. At last, we finish the day in the «Head of River» pub, were the winners use to celebrate the victory. For us, it was the last stop of this wonderful journey to the charming city of Oxford. 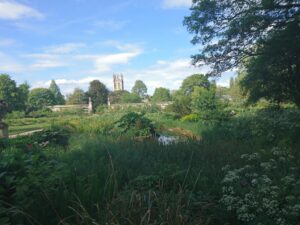 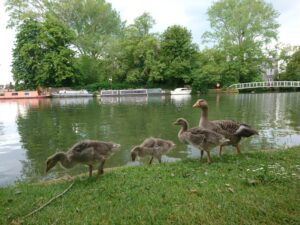 And that was all, it was an amazing  experience here in Oxford, thanks to everyone that made it possible!